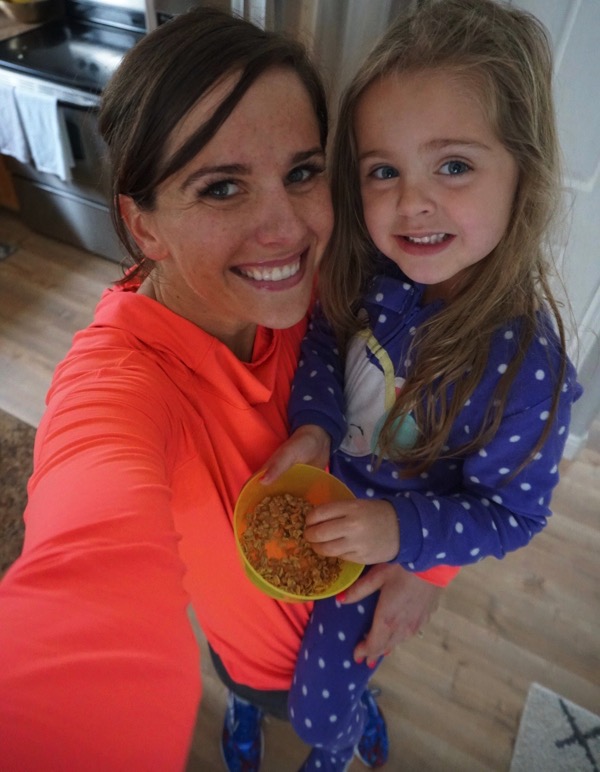 This girl slept in until 8:40 this morning… she must be growing or something because she is sleeping a whole lot lately.

Before Brooke woke up, I went on over to Josse’s house to get in a run and we color coordinated our shoes for the morning. 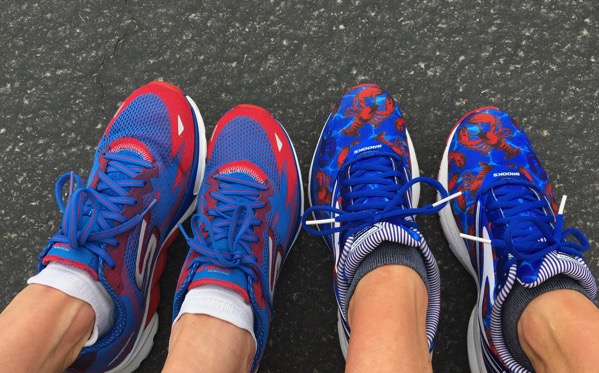 Trying to fit in hours of things to talk about into a seven mile run. 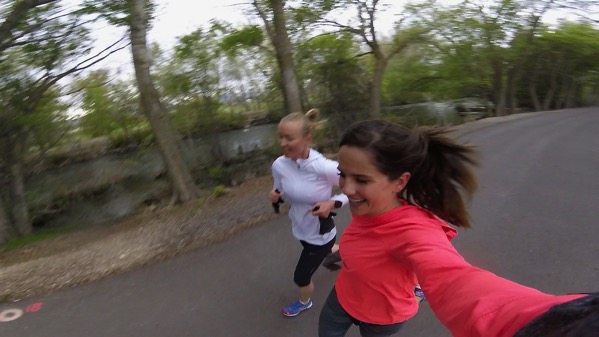 Someone is pretty proud that she can now pick out her clothing and get dressed all by herself. 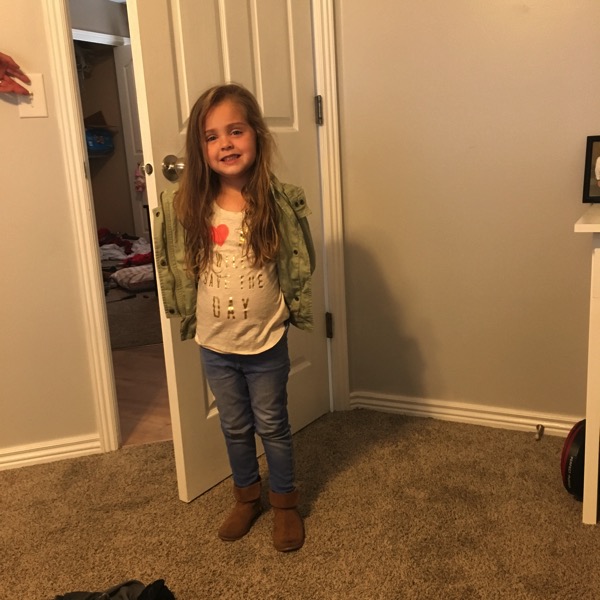 Laughing so hard that she snorted. 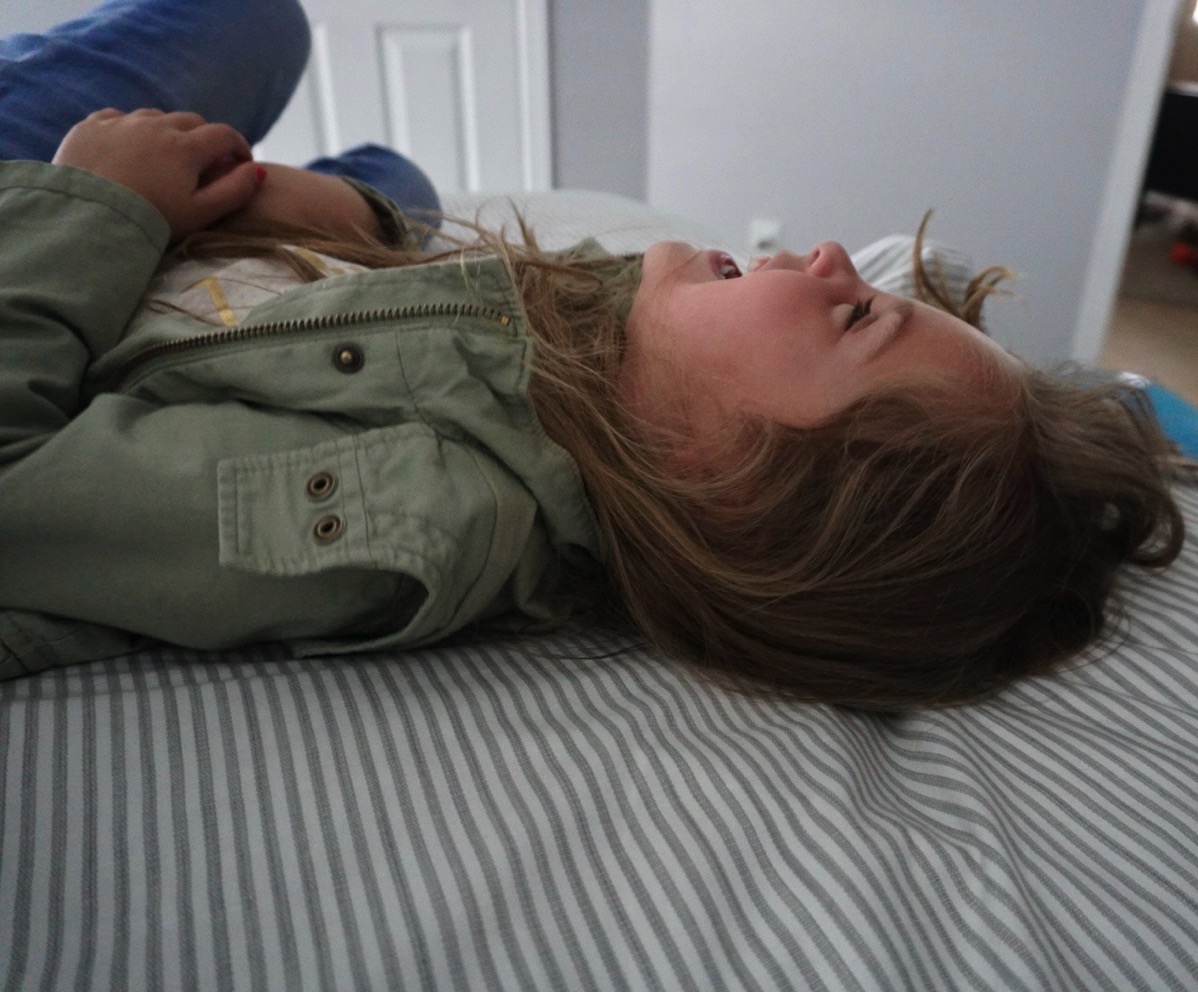 Reunited for the next two days! 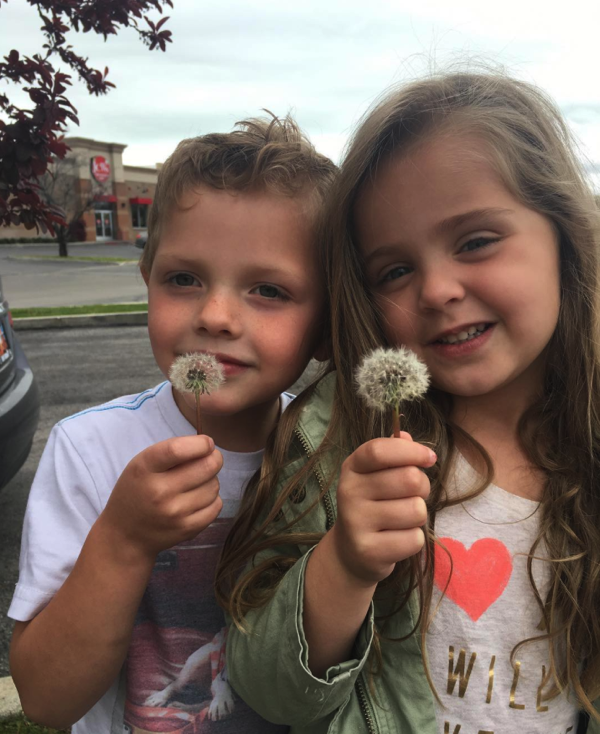 I think he missed Beretta the most! 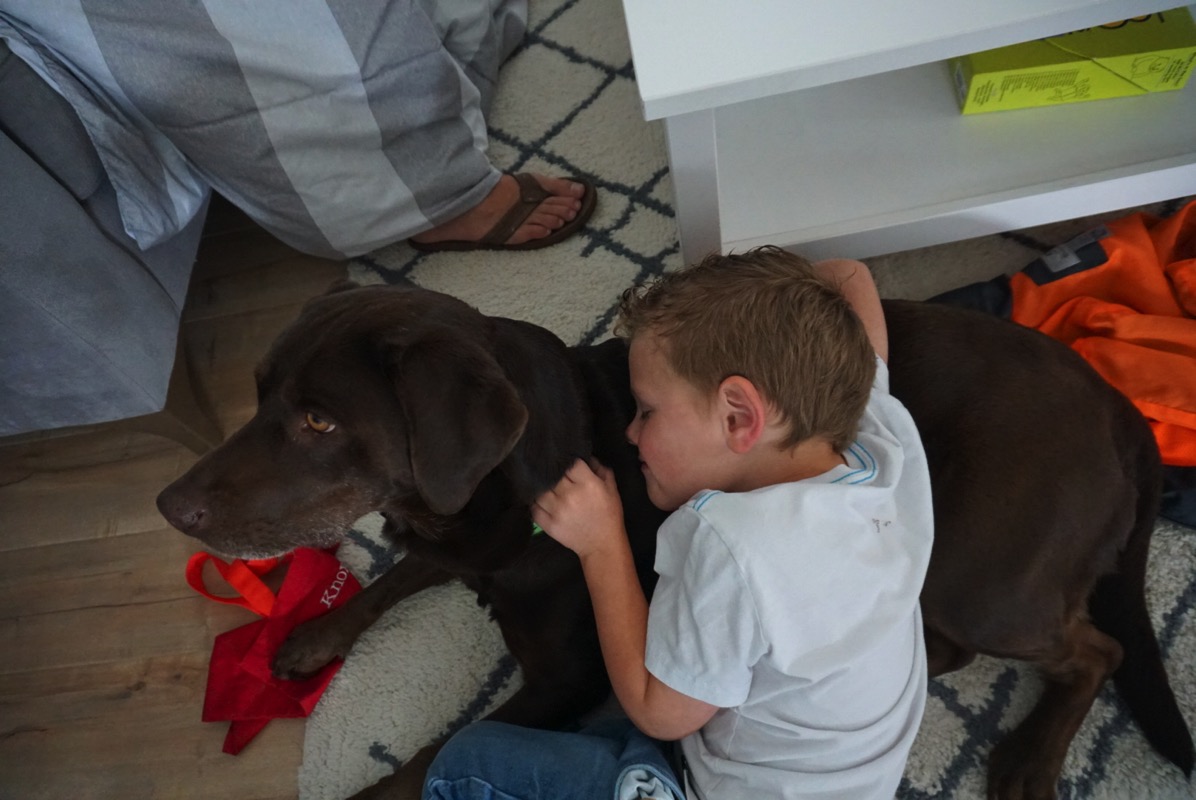 It’s a play outside kind of a day! 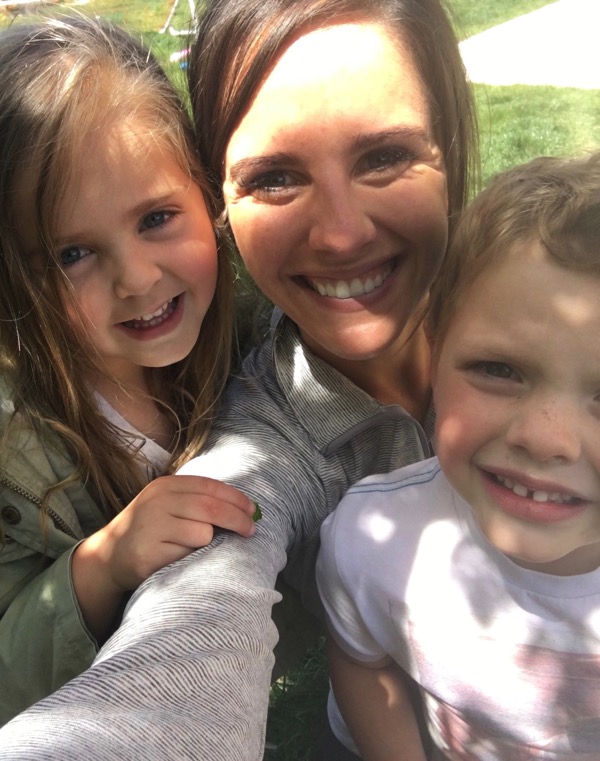 We have people coming over for dinner tonight so we are making my mom’s lasagna. 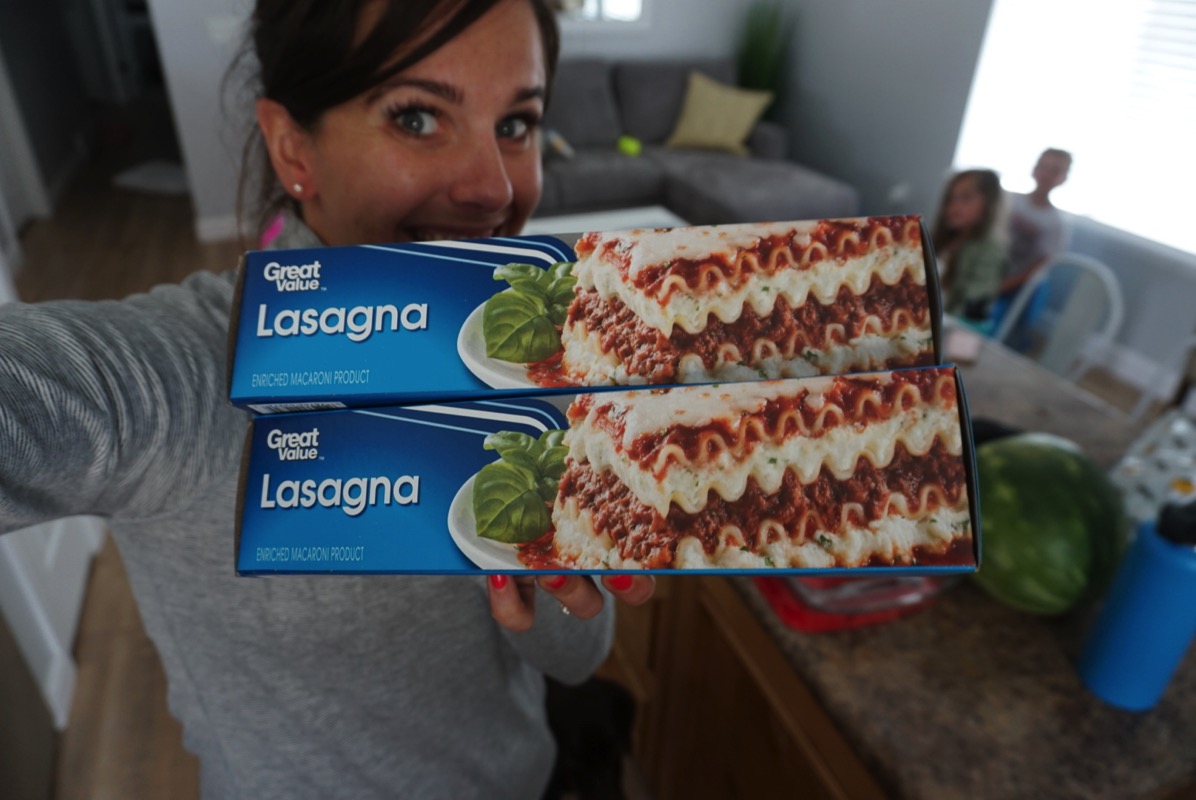 This is my mom’s recipe for lasagna (it is amazing)!!!

“This recipe is from more than 30 years ago so I will try to tell you measurements but I haven’t measured anything in it for years.

Lasagna  (This is for two big casseroles)
2.5 lbs of ground beef.  Brown in a pan that is big enough to add all of the sauce ingredients to.  Add one chopped onion and a two chopped garlic cloves to the meat as you brown it.  Drain when browned.  Add:  Three cans of Italian style (which means they have also added some spices) sliced or whole tomatoes, two or three cans of tomato sauce (soup size cans), powdered oregano (I don’t know how much cause I taste it, maybe 5 heaping teaspoons full), salt and pepper to taste too.  Let simmer for at least half of an hour, stirring occasionally.
Boil water and cook two big boxes of lasagna noodles.  Try to time everything to be done at same time.  Also slice two pounds of mozarella cheese.  Also need parmesan cheese.
Layer in casseroles, first layer is noodles then mozarella cheese then meat mixture then parmesan cheese.  Do this twice and then bake with lids on at 350 for about 45 minutes. ( Make sure that sauce is bubbling around the sides.)  Enjoy!”
—————————————-

This is something I’m focusing on:) 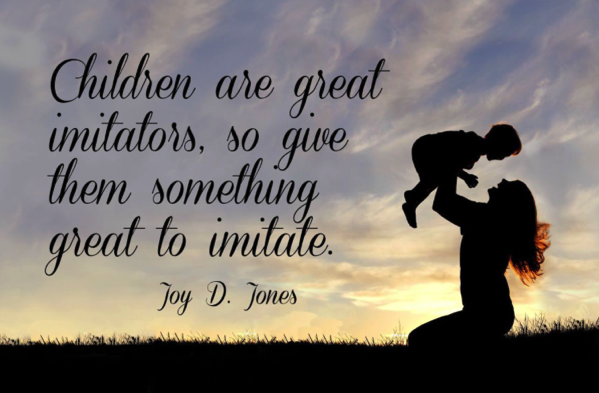 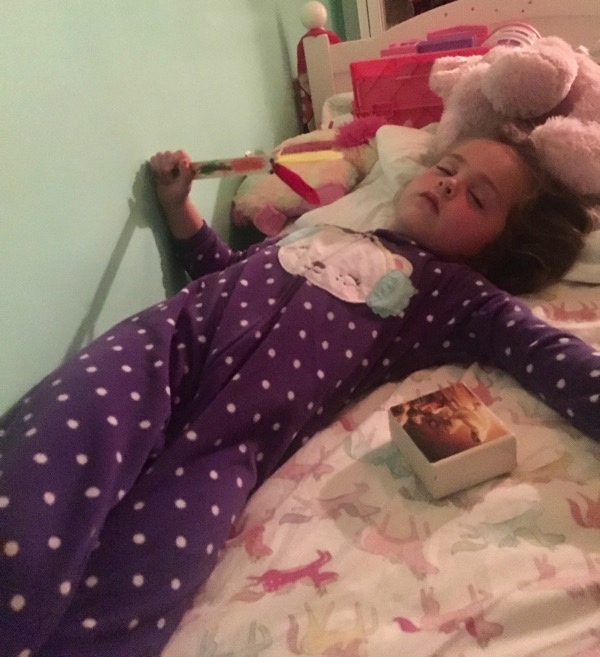 I wonder if Beretta ever feels this way about me;) 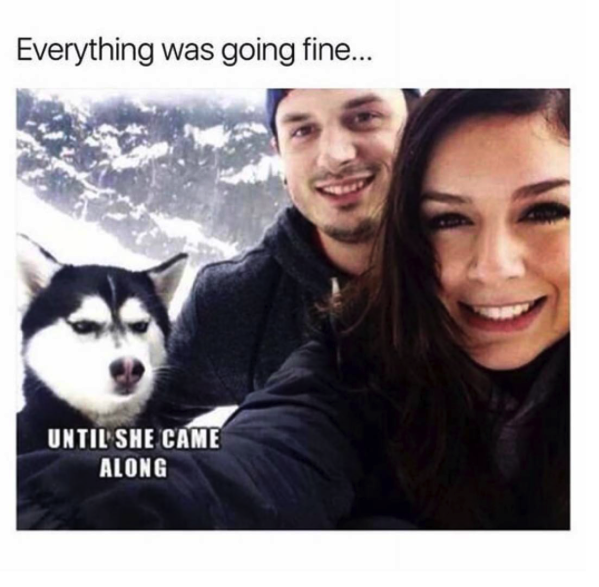 Andrew and I usually watch a show at night together but lately we’ve been playing speed… we get a little bit competitive with this. 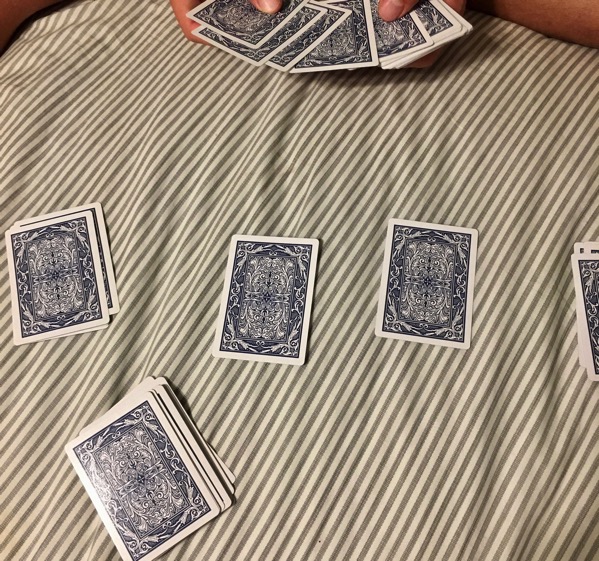 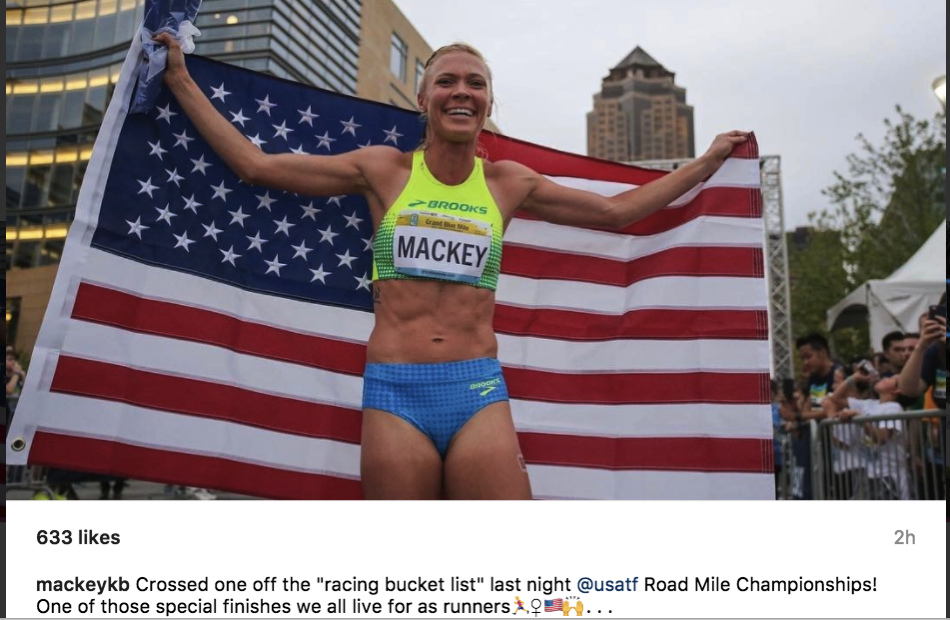 Katie is a runner for the Brooks Beasts and I got to talk to her while we were there in New Mexico… nicest person ever! 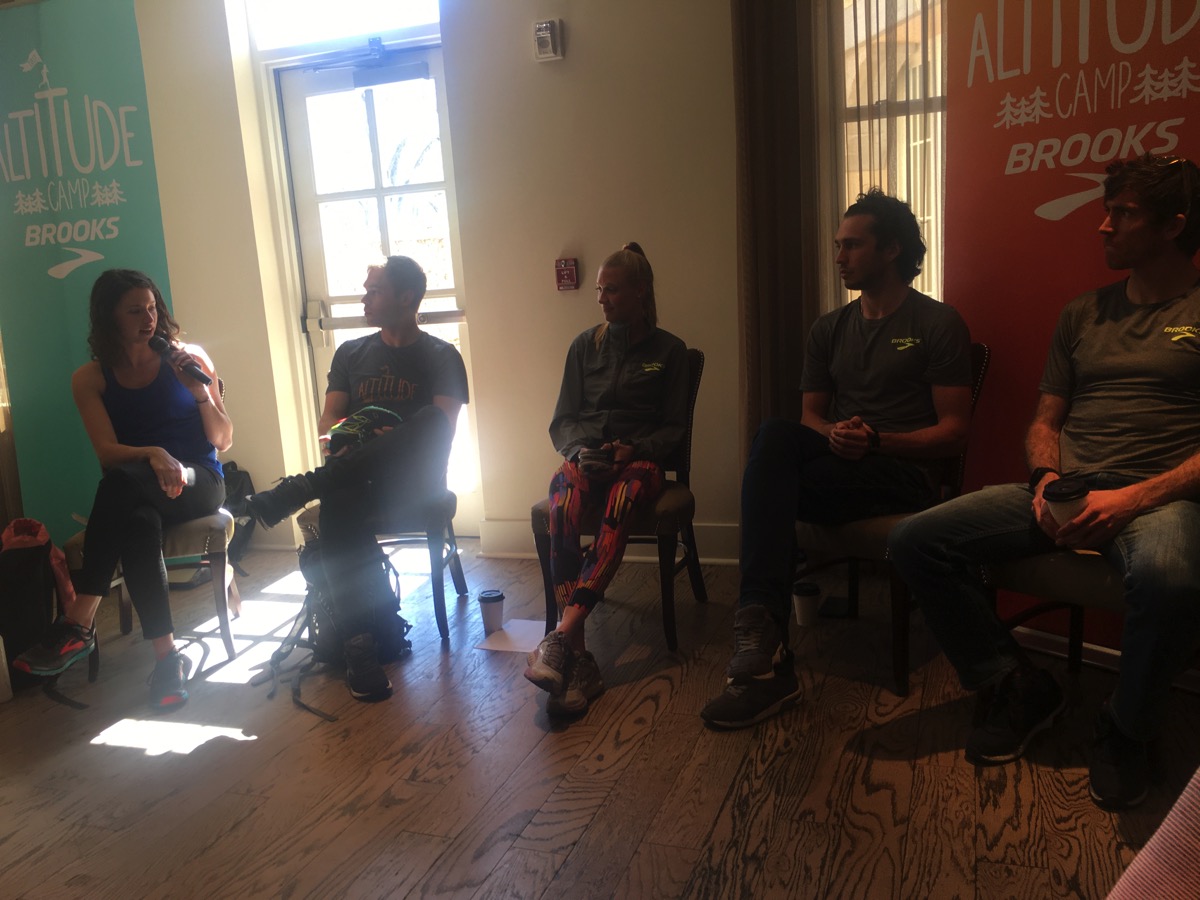 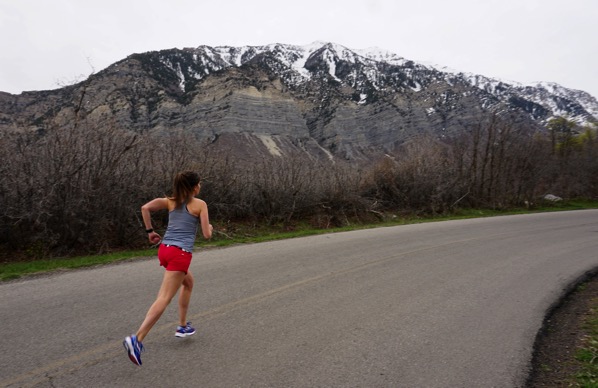 What is your sentence for the day?

10 Things I Didn’t Expect About This Last Year of Life + Hard is NOT Impossible.

You know your mother loves you when…

Cake Mistake and A Nightly Goal

My run was 9.5! I ran outside, early this morning without a stroller, since my husband was home with the little man! I had an easy two mikes planned with a half mile of strides at the end of it. The only thing better I had time to run longer!

Absolutely the first half uphill! Get the hardest part done first! When I run from my house (pretty much always), I start downhill and ALWAYS start out too fast. It makes turning around to come home harder than it should be! Uphill and 90% of the time there is a headwind on that uphill return trip :P

I ordered a pair of the Boston shoes and they came yesterday. It is my first pair of the Launch model and I’m impressed with the fit. Plus the lobsters are a fun design :)

Sentence for the day: Feeling very sore from the head to my toes so tomorrow is a definite rest day (plus, it’s my birthday, so I have to spend my time eating cake). Enjoy the nice weather!

1st part uphill, then reap the reward downhill :)
I’m still resting/recovering from Boston last week, so no run yet. I had said 2 full weeks off … but I’m getting antsy!!!!

I think the same way… work first, reward second:) YOU’VE GOT THIS!! Your body is thanking you for taking the time off to full recover and you will be back out there before you know it… rocking your runs again! Congrats on Boston Deb, absolutely amazing!

Have you tried the no-boil lasagna noodles? It really cuts down on the time.

We sure haven’t… BRILLIANT!! We have to find those asap!

I am always doing the hard work first so I don’t have to worry about it after! 5-miler this morning. Building progressively after bronchitis. So far so good :-)

My run was speed work which is becoming my favorite so I’ll say 9.9.
I would definitely choose neither ha! Just kidding. My brain always says to put hard things first but I’ve learned that warming up and getting a good rhythm/foot turnover is very important for the beginning. So I would go downhill and then uphill.
My sentence for today is “I will not fall asleep
Before I bleach the bathroom”. My baby played in toilet water and I

First half uphill for sure! I pretty much only run trails in the mountains. I almost always park at the lowet elevation parking area, run to the top, and have a sweet downhill finish. Downhill technical trail running makes me feel like a kid again…everytime!

Definitely end on a downhill! Did an easy 5k run today :)

The second half- the first mile or two can be a little rough for me before everything clicks and feels good. Don’t want to double down on that early run struggle with a hill! :)

Uphill first! I love running downhill and prefer to save that for the end of my run. My run today was a disaster haha! 4 easy miles but I felt so uncoordinated. I somehow didn’t tie my long-sleeve shirt tight enough around my waist, and it fell around my ankles during the run. Narrowly escaped a total face plant in the pavement. And I otherwise felt like I was prancercising. Good times.

Uphill first! I love running downhill. That was my run today – 7 miles on the trail. It was a 9 – according to Strava it was second fastest for the full up and back!

Honestly I hear the word hills in regards to a run/race and get anxiety just thinking about it– I signed up for a half that is quickly approaching (ahh not feeling ready!) and found out the first 2.5 or so miles is up hill…. praying that the downhill following will be worth it!

I’m not a runner but I read your blog everyday because it makes me smile and inspires me to exercise. I have two small kids and love your positive attitude!

VICKI… thank you so so much for your sweet comment! Made my morning! I hope you and your two little ones are having a beautiful day!

That lasagna sounds SO good. I think lasagna could truly be my favorite food in the world. Your mom’s recipe actually sounds really similar to my mom’s recipe – simple and traditional. I love it.

I would totally prefer the first 1/2 of my run to be uphill and the second 1/2 to be downhill. Because whenever I’m running up a hill I always think “at least I get to go down soon!” But when I’m running down and know I will have to go back up…that’s not so fun.

I think I’d rather the first half uphill and second half downhill. My run today was a 3. So sluggish, legs were light lead weights. I really hate those days. Sentence for today: Going on lack of sleep is hard but just keep swimming, just keep swimming.

First half uphill for sure!!!

Brooke is looking like such a grown up! I’d much rather do uphill then downhill!

I want to sleep until 8:40. Oh how amazing that would be. And girlfriend did well picking out her outfit. Can she teach me her fashionista ways?

When I go to St George with my friends from college we all go on runs. Every year when I run out the neighborhood I turn left and run uphill until I get half of my distance and then I turn around and come back down. It wasn’t until recently that I found out my friends all do the opposite (I usually get up and run before they do so I never had gone running with them) I don’t know why, but that blew my mind. Why would anyone want to do that to themselves at the end of their run??

My run yesterday was 1 mile warm up and 3 miles of fartleks on the treadmill watching IZombie while felicity napped. It was an 8. I felt great. Obviously it would have been a 10 outside, but I am just happy for any run I get!

I kind of want to say first half uphill so the end will be fast, but after running almost 7 miles (for a half) or 13 miles (for a full) I am worried I would trip and fall on the way down, with my legs feeling shot…………….so I think I would prefer the hills at the end. I could easy cruise down hill in the beginning and get to work knowing that I am already halfway done. May sound weird, but makes sense to me. I have my favorite half in a little over a month, and it has a big hill at the end and one at mile 6……………the whole course is hilly!

Honestly sometimes I feel like I’m more motivated on the second half of my run, so I would maybe say second half uphill… but I also hate hills in general (uphill OR downhill), so.

My run today was maybe a 6… I enjoyed it for the most part, but it was pretty hot for most of it (my fault for going running in the middle of the day in Florida), and I’m experiencing some pain/stiffness in my hamstring :( Any tips for this? It seems to feel better whenever I stretch my quad/hip flexors, so I think it might be an overextended hamstring?

100% I would rather the first half be uphill.. what kind of person choices the second half uphill?? Thats absurd.