Started my Saturday off by teaching a spin class, 45 minutes on the elliptical and 30 minutes upper-body strength-training.

I love my Saturday work-outs.  Nothing better than going to the gym while most Americans are still sleeping or eating all you can eat pancakes at IHOP.

We spent the day watching football and doing laundry…our team lost to their rivals by one point. Boo.

As we were folding laundry I told Billy I had a slight tummy ache. He told me that it was probably because I had eaten too much candy, I then told him I hadn’t had any candy yet.  He replied, “That makes more sense…your body is used to having it by now and so that is why it is upset.’  I guess I need to work on that.

After the game we headed over to my sister-in-laws families house and had pizza (add some breadsticks to that photo).  Those olives were thrown off right after the photo.  Who really puts olives on their pizza.  Sorry, I am a little too opinionated about my food. 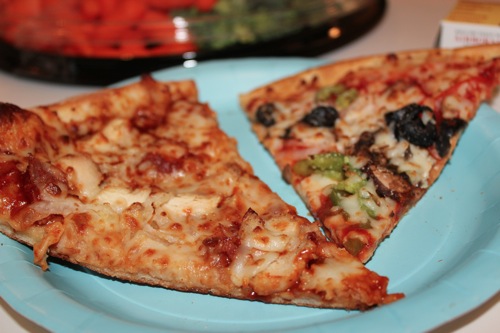 Jaime and Jace.  I met Jaime through my spin class.  We became best friends and I set her up with my brother….they got married 8 months later.  I am retiring on setting people up because I have 100% accuracy and I don’t want to loose that. 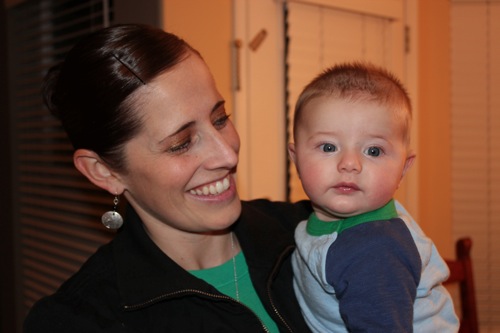 Then we played the game “Word on the Street.”  Everyone got a little to competitive but just because I know you were wondering….my team took the championships.  There were plenty of munchies to be eaten while playing. 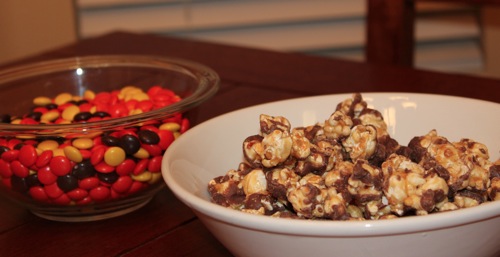 I can eat a million reeces pieces without even noticing.  Those little peanut butter covered in a hard shell of chocolatey goodness should not be allowed within 40 feet of me.

What food do you need a restraining order on?

-Reeces pieces, swedish fish and butterscotch chips.  I could probably eat the entire bag without noticing.

A stair climber tip, reactivating the gluteus minimus and the new froyo. 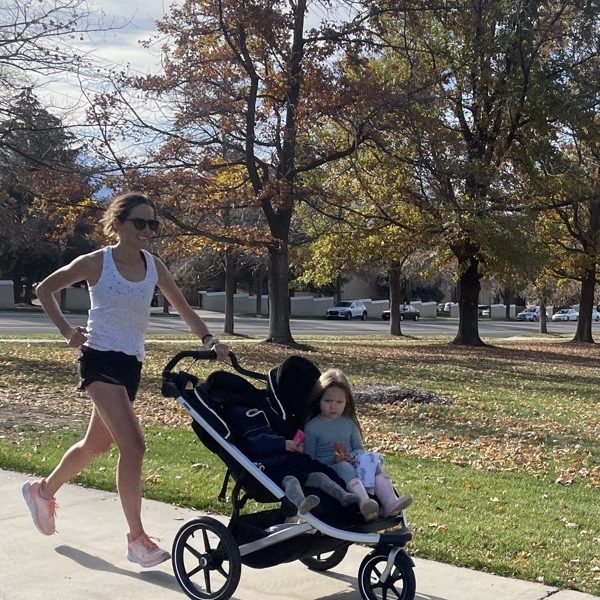 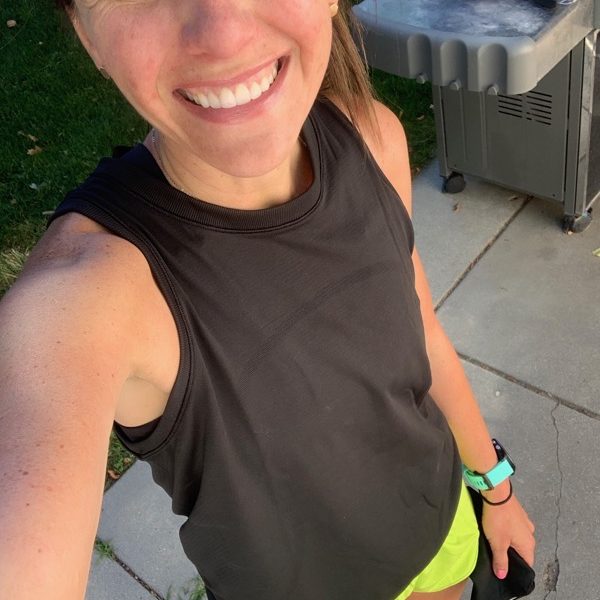 Do you have any spin tips if I just want to go in to the empty studio and make my own workout up?

I need restraining on peanut butter. I can eat a whole jar and not even notice ;)

Any combo of chocolate and peanut butter… all self control flies out the window!

My thought is, why put veggies on pizza and ruin it completely! :)

I love me some Reece pieces! YUM!

Resse's Peanut Butter Cups in Dark Chocolate are my weakness.

that's how i am with m&m's… i can go through a "large" sized bag in an afternoon… it's disgusting, really. (but ohhh so good)

I bet your stomachache is gone by now! :)

Oh man, we are candy-twins. You just named some of my favorite candies. I could stuff myself with Reese's pieces, Swedish fish, and butterscotch chips. I think I make oatmeal butterscotch cookies just so I can eat a handful of butterscotch chips before adding them to the dough.

My weakness is definitely ginger snaps. Strange as it is..i somehow justify in my mind that they're not that bad but they really are just empty calories. Too bad they're freakin delicious!

Random question: how in the world do you occupy your mind while you're doing these really long workouts that you do? Like for instance, when you're on the elliptical or stairclimber for 30 minutes plus, do you ever bring a magazine to flip through or something like that? Or do you just use the time to sort through all the weird stuff that happens in life?

I love your blog by the way..makes me so happy :)

CHEESE! I have a serious addiction. Okay, we have SO much in common, I love it! We always order Veggie Pizza and it comes with Olives and I always take them off and hand them to the hubby. Also, I love setting people up!! I have a pretty high success rate too : )

Wanna know something really sad?? In Melbourne, we can't get any of those delicious treaties you mentioned. In fact, I've never even heard of swedish fish…. I think I'll have to google them.
But! we do have caramello koalas, tim tams and lamingtons, and although it's hardly a delicious dessert, vegemite is a favourite of mine too. I'd be totally up for a snack swap if you want!! let me know xx
http://mesamieslove.tumblr.com/

This is super funny because Reeses Pieces don’t contain chocolate… hehe. I only know that because my mom is allergic to chocolate *SAD I KNOW!*